The Odd Sock Mob was born out of laziness, ingenuity, as well as the general chaos of living in a share house. With Alex and Jarrad forever trying to find the ‘next big idea’, all they had to do was look down and realise that wearing odd socks was not the problem, it was the solution.

On any given morning the two could be seen entering the kitchen in two mismatched socks, with these socks having lost their life partners somewhere in the brutal world of the outdoor washing line.

It was one frosty August morning that the two shared a conversation in the kitchen. ‘Honestly who cares if your socks don’t match, it actually looks alright’ Jarrad proclaimed, assuring Alex that no one in his office would publicly shame him for his odd socks. They didn’t realise at the time, but this was a history altering day. From here, the two would become more and more experimental with their sock combinations. Avocado’s paired with black and white stripes, jellyfish on the left, old school sock on the right, thing’s got weird fast.

Some combinations were cool, some were yuck. They had to somehow regulate their odd socks, with another discussion leading to the idea of a set of socks that match but don’t match. A set of socks that all share the same patterns, yet all differ in colour, meaning it would be more socially acceptable than the current yuck sock set ups, but still allow odd socks in a professional environment.

They did some online dating, found a supplier who treats them right, hit
them up and got to work. Sets of 7 socks. Why 7? Its an odd number I suppose. And it’s more than 6, that’s positive.

They launched a kickstarter, hoping a few people would donate a few spare gold coins to help get things kickstarted. They ended up reaching their funding goal in three days, then almost 500% of the goal by the end of the funding period.

Have a look at the Odd Sock Mob Kickstarter campaign 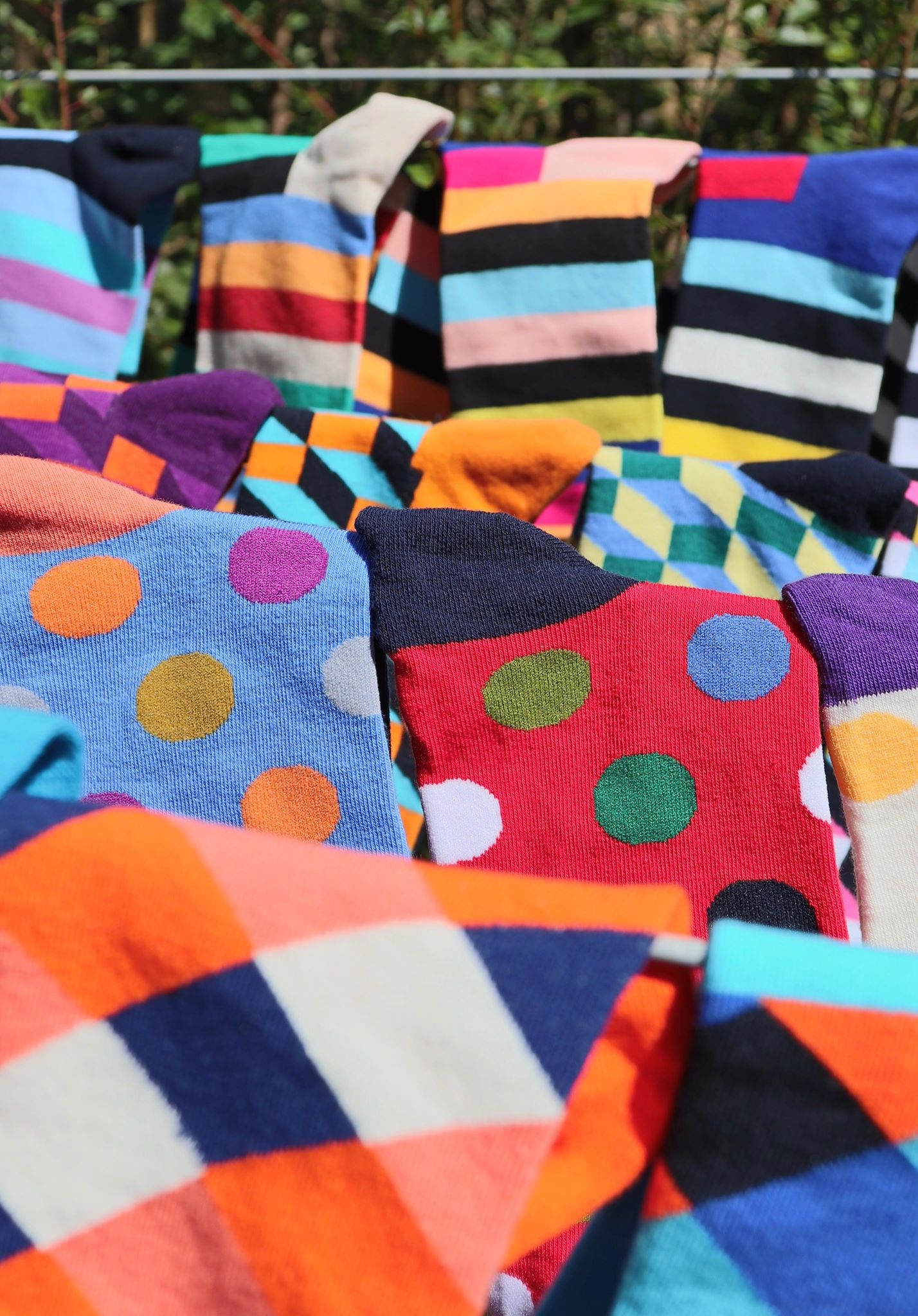 Alex and Jarrad are the first two members of the Odd Sock Mob, both being young men who think slightly out of the square.

Alex had a diverse career from a young age, joining the Argentinian army at the tender age of 3. From here he quickly gained a reputation as a man who enjoyed the finer things in life, with his Connect Four addiction spiralling out of control, to the point where he was kicked out of the army. In search of employment, he, as well as his fourteen children, relocated to New Holland (later renamed Australia). It was here that he flourished, as he landed a job teaching Prime Ministers to swim. The infamous disappearance of Harold Holt had some questioning whether or not he should continue to hold this role, however he continued until 2018, at which point he grew disillusioned with the rotating nature of the Australian parliament.

It was at this point that he met his future business partner Jarrad.

Jarrad had grown up in the far west reaches of Mongolia, where he had been a child table tennis prodigy. At the age of 15, he and his family were summoned to Australia following a shortage of calculators (his father was half calculator). Upon arrival, Jarrad experienced great success in music, mastering the wobble board in the Australian Symphony Orchestra. When this instrument was outlawed in 2018, a chance meeting with Alex resulting in the two becoming house mates. How did they become sock barrens? Read our story above!

The home of fine wine, fine food and even finer socks